Dr. Ataii,
I want to send a sincere thank you from the entire SoCal team for delivering such a powerful message at last night’s study club. Per usual you quickly took control of the room, then showed superb poise in the midst of several off-the-wall sarcastic comments and other distractions in a relatively noisy room – all without a microphone! Most importantly, your content was spot on yet again and you gave our doctors & teams plenty of proven ideas to implement as they get back into their practices.

My offices have already reached out to me saying how impressed they were and how excited they are to make some changes right away. It’s rare to have a presenter deliver content that is digestible at a level that allows the audience to make changes in their office the very next morning, and that’s exactly what you bring. From a TM/TS standpoint, this is what we long for because we know it will result in more confidence thus more cases. As you know it’s difficult to constantly fill these events, but it makes our jobs so much easier knowing we’re vouching for a guy that will consistently deliver.

So again, thank you for putting together such a helpful course! I’ve included last night’s roster for you so you can follow up on the items you discussed. Look forward to seeing you soon. 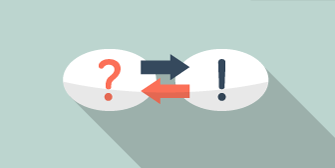 Visit our active "Message Board Center" to find answers or ask for help!

You have Successfully Subscribed!